The flushSync Method in React 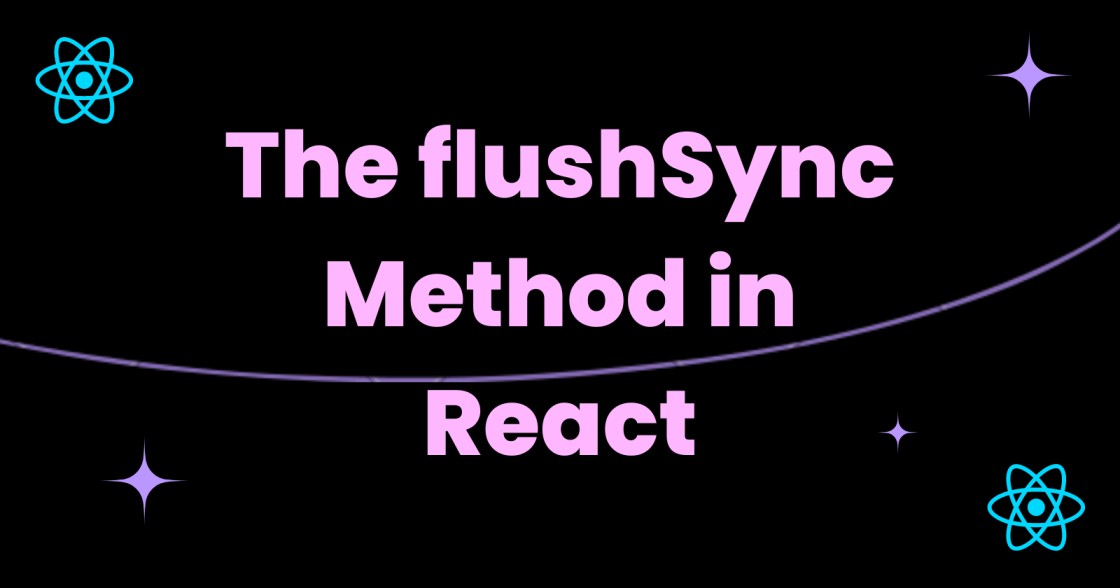 React batches multiple state updates made within hooks or callbacks to improve the performance of applications. Components will be rerendered immediately after every synchronous state update is made if state updates are not batched. This can lead to performance issues.

Consider the below App component:

All four state updates in the handleClick click event handler will be performed before the App component will be re-rendered. The component will only be rendered once after the [Click me] instead of four times because of the batched state update feature of React.

The image below shows the state of the component after the button is clicked once: 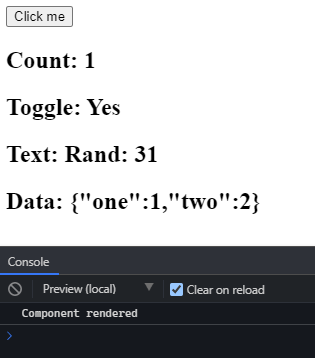 You can see from the 'Component rendered’ log message that the App was re-rendered just once.

React v18 comes with automatic batching — an improvement to the feature — that makes every state update invoked anywhere batched by default.

What then does flushSync do?

State update batching is not required in some cases, such as when the next state update is dependent on the previous one. This is where flushSync comes in.

flushSync is a method made available by the react-dom package that helps to bypass the default state update batching. It takes in a callback when invoked and flushes any updates contained within the provided callback, synchronously causing the DOM to be instantly updated.

To get started with using flushSync, import the flushSync method from react-dom and wrap your state updates with the callback passed to the method.

Below is the new state of the component: 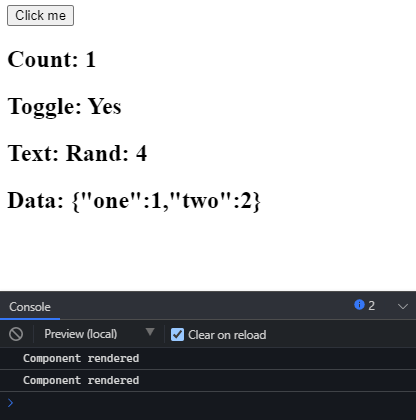 In this article, you learned about React’s state update batching feature that reduces performance loss. You also saw how to use the flusySync method of the react-dom package to bypass this feature.

Yes, **immediately rendering components after every state update can cause performance loss. This is why you should use flushSync sparingly.